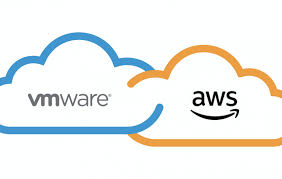 VMware's top three 2019 priorities are NSX, cloud, and containers, and in that order, according to CEO Pat Gelsinger.

The company has taken steps over the last year to stretch its network virtualization from the data center to the edge and the cloud, adding SD-WAN from its VeloCloud acquisition and support for vSphere-private clouds, native Microsoft Azure and Amazon Web Services (AWS) workloads, and VMware Cloud on AWS.

With that acquisition "VMware has jumped to the front of the line in container technology," Gelsinger said at the Barclays event.
VMware Cloud on AWS, which allows VMware customers to run their workloads in the public cloud using their existing VMware software stack. This summer they rolled out Amazon Relational Database Service (Amazon RDS) on VMware. This new service allows customers to deploy the public cloud-native database in their on-premises VMware-based data centers.
Source
Email ThisBlogThis!Share to TwitterShare to FacebookShare to Pinterest