Media, content and telecom with AR/VR a great amalgamation 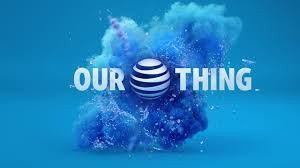 The wireless carrier, which now owns HBO, has shown the power of marrying its popular content with leading-edge entertainment tech.
After years of acquiring and investing in TV distribution, content, and new client technologies, AT&T is ready to show the world how all their vastly expanded corporate assets come together. To do this, it recently launched Game of Thrones-themed "takeovers" (although "invasions" seems more thematically appropriate) of several of its flagship stores. Artifacts from the immensely popular HBO spectacle entering its final season include costumes and props from the series, including a replica of the series' iconic chair primed for photo opportunities.
Source
Email ThisBlogThis!Share to TwitterShare to FacebookShare to Pinterest