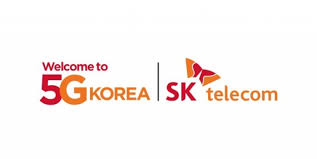 SK Telecom, which officially announced its 5G launch with a press release, appears to have the most extensive commercial deployment in South Korea to date with services now available in 13 cities and counties throughout South Korea. The carrier, which has previously unveiled 5GX as its 5G brand, said the first call over the commercial 5G network was made by its CEO, Park Jung Ho, between Bundang in Gyeonggi Province and Myeondong in Seoul using a Samsung 5G smartphone prototype.

SK Telecom also named auto parts manufacturer Myunghwa Industry as its first 5G client. The carrier has placed a strong emphasis on the convergence of 5G and artificial intelligence and said Myunghwa is now using what it called the "5G-AI machine vision" solution to verify product quality. It also said test drives of 5G self-driving cars have begun on public roads.

Get Details HERE
Email ThisBlogThis!Share to TwitterShare to FacebookShare to Pinterest