AT&T after acquiring WarnerMedia would be taking Netflix head on next year. 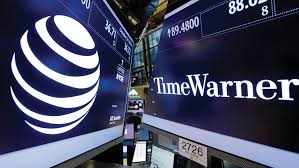 AT&T's WarnerMedia said Wednesday it would launch a direct-to-consumer streaming service in late 2019, becoming the latest challenger to fast-growing operators such as Netflix and Amazon.
With the acquisition of Time Warner, AT&T will have access to a large trove of films, series, documentaries and cartoons from the Warner Bros studios, Turner Broadcasting and HBO, which already has a streaming service.
The move comes as rival media giant Disney is preparing to launch its own streaming service for general content following the debut of its ESPN sports service.

Other challengers to market leaders Netflix, Hulu and Amazon will be services from Apple, Facebook and Google-owned YouTube, all of which deliver content over the internet.