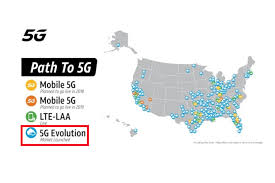 Network measurer OpenSignal has had a look at the performance subscribers are getting from AT&T's whizzy new 5G Evolution service and it's nothing special.

In other words there's nothing special going on. If you've got a phone that supports LTE-Advanced you're going to get around 29 Mbps download speed regardless of whether your operator cheekily rebrands it on your phone screen. Unless you're on Sprint, however, which has a best effort of around 20 Mbps (see table).

AT&T was universally mocked when its bright idea of rebranding LTE-A at 5G E first emerged. Sprint, of all companies, even decided to call the lawyers in to challenge the claimed deception, but AT&T continues to insist it was a great idea. Its marketing department presumably won't be thanking OpenSignal for this latest revelation, but what did they expect?