TRAI, the Indian regulation authority for telecommunication, Seeking to hold the grip on OTT services Like whatsapp 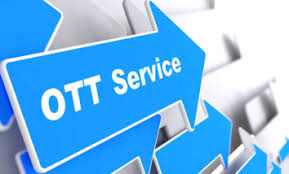 Telecom Regulatory Authority of India (TRAI) today released a Consultation Paper on 'Regulatory Framework for Over The Top (OTT) Communication Services'.
The objective of this Consultation Paper is to analyse and discuss the implications of the growth of 011s; the relationship between 011 players and TSPs; the similarity, if any, between services provided by the TSPs and 011 players; changes that may be required in the current regulatory framework to govern these entities; and the manner in which such changes should be effected. While preparing this consultation paper, information collected by the Authority In response to previous consultations has also been used. It may also be noted that current consultation is not intended to revisit regulations or recommendations given by the Authority earlier on 011, which had broader implications and were therefore concluded first following due consultation and diligence.
Earlier, the Authority issued a consultation paper on Regulatory Framework for Over-the-top (OTT) services on the 27th of March, 2015, which also included questions on the principles of net neutrality, reasonableness of traffic management practices, non-price based discrimination of services and transparency requirements. Due to the large number of issues and their complexity, it became difficult to deliberate upon and conclude all of them together. Therefore, Authority decided to deal with related issues in separate parts, keeping focus on a core set of issues each time
Email ThisBlogThis!Share to TwitterShare to FacebookShare to Pinterest