CommScope and Google tie up for CBRS. 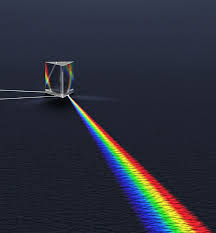 The deal is notable because despite Google having the big-time name recognition, CommScope has been making a name for itself in the CBRS space. The company has been well-known in the infrastructure arena, but the spectrum management space is something different. Last month, AT&T announced that it had selected Samsung Electronics America and CommScope to supply the company with its first 5G-ready CBRS network solution, with CommScope providing the SAS.

The deal with Google has no impact on CommScope's work with AT&T, as per CommScope executive. "We will use the ESC for all operators we work with. And we will cover the entire U.S. geography with the ESC," he said.
CBRS spectrum is managed by SASs, which require an ESC network to sense radar operation. The ESC will alert the SASs of naval radar operations, so the connected SAS systems can reconfigure spectrum allocations for nearby CBRS devices to operate without interfering with naval activity.
get in details​
Email ThisBlogThis!Share to TwitterShare to FacebookShare to Pinterest