AT&T about to drop its 5G bombshell with mobility. 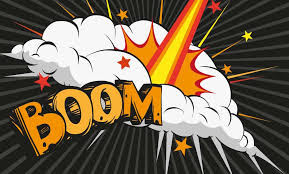 "AT&T is on track to be the first wireless carrier to introduce mobile 5G services in the United States in the next few weeks. This will be standards-based 5G," said AT&T's John Donovan, the chief executive of the company's mobility business."

Donovan reiterated AT&T's previously announced launch plans: The carrier will launch mobile 5G services using the 3GPP's 5G standard in "parts" of a dozen cities before the end of this year and will expand that launch to additional cities next year. He said the efforts were part of a "drive toward nationwide coverage of our 5G network," though he did not say when AT&T would offer nationwide 5G services.

Donovan explained that AT&T's 5G service will leverage work the company has already conducted, including the buildout of its fiber network. "Fiber is the backbone of 5G," Donovan said, noting that AT&T will pass 18 million customer locations with its fiber network this year, on its way to passing fully 22 million locations with fiber by next year. In locations where AT&T does not own fiber, the company will likely use fiber services of another provider like Zayo.

Get Details
Email ThisBlogThis!Share to TwitterShare to FacebookShare to Pinterest