"CBRS-The spectrum is massive, and it's empty, and it's high quality," -Federated Wireless (SAS) to FCC 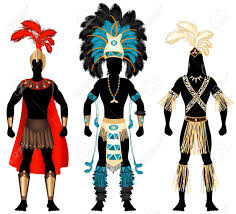 Federated Wireless , one of a handful of Spectrum Access System (SAS) administrators focused on the emerging, shared CBRS band, submitted its application to the Federal Communications Commission (FCC) today and expects to gain approval in four to six weeks. If all goes to plan, initial deployments outlined in the proposal could get underway by November, said Iyad Tarazi, Federated Wireless's CEO.

The initial deployment will focus on unlicensed spectrum (General Authorized Access, or GAA) in the CBRS band (the FCC and other government agencies are still ironing out details for licensed parts of the band -- referred to as Priority Access License, or PAL -- that will be auctioned).


As one of a handful of SAS administrators focused on CBRS, Federated Wireless has developed a spectrum allocation system that will ensure that new users in the band (for licensed and unlicensed access) do not interfere with incumbents such as the US Navy and for some satellite uplink connections.

Tarazi said he is hopeful that Federated Wireless and its partners will get access early on to at least 50MHz of spectrum in coastal areas, 100MHz of capacity in interior parts of the US where incumbents operate, and up to 150MHz in the interior US where no incumbents are present.

"The spectrum is massive, and it's empty, and it's high quality," Tarazi said.