Seems AWS has some plan to encroach more Telco space. 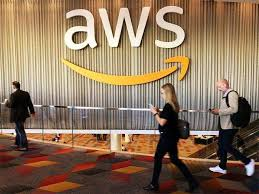 Specifically, Nakamura is currently a partner solutions architect for AWS, effective from March, according to his LinkedIn profile. Clarke's LinkedIn profile lists him as leaving CableLabs the same month, and "enjoying a career break to recharge."

Nakamura led CableLabs' open source research efforts on NFV and SDN and led NTT DoCoMo's mobile network virtualization project from 2011 to 2014, as well as serving as NFV-ISG vice-chairman at ETSI and undertaking various roles at OPNFV and OpenDaylight.

Clarke was one of the original authors of the ETSI white paper that launched the NFV vision in 2012, when the Brit was still at BT.

News of their departure from CableLabs was first reported by Fierce Telecom on Monday.

NFV is, of course, a natural fit for AWS. NFV started with a vision to run network functions on commodity hardware rather than purpose-built appliances, but, in a natural step, advocates now seek to run virtual network functions (VNFs) on cloud platforms -- private, hybrid, or public. And nobody's got a bigger public cloud than AWS.