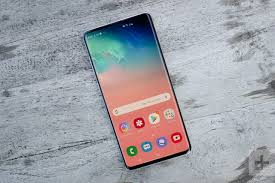 Verizon announced that it will switch on 5G Ultra Wideband service within this year in: Atlanta, Boston, Charlotte, Cincinnati, Cleveland, Columbus, Dallas, Des Moines, Denver, Detroit, Houston, Indianapolis, Kansas City, Little Rock, Memphis, Phoenix, Providence, San Diego, Salt Lake City and Washington DC. That will take the total number of cities to offer 5G Ultra Wideband to at least 22 by the end of the year, with the networks in Chicago and Minneapolis already live since March. Verizon stands by its plan to deploy 5G network in about 30 cities across the country during the year, so a few more cities may still join the club later.

Meanwhile, all Verizon users can start pre-ordering the Samsung Galaxy S10 5G, though only those in the 22 cities and on Verizon's Above and Beyond Unlimited plans will be able to enjoy 5G service. The S10 5G will be exclusive to Verizon for a limited period, and will arrive at Verizon stores on 16 May.