Verizon's Nicki Palmer : Initially, 5G needs to be different than 4G. And that's why Ultra Wideband is our path of choice 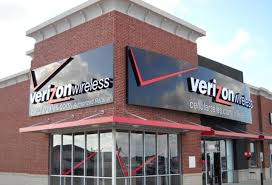 What Verizon's Palmer is saying is that Verizon plans to implement the same spectrum and technology for its mobile 5G service that it's currently using for its fixed 5G Home service.

The network deployment scenario for 5G in bands above 20GHz -- dubbed the millimeter-wave bands -- is quite different. Transmissions in millimeter-wave bands can only travel a few thousand feet at best, due to the propagation characteristics of that spectrum, and they generally can't penetrate into buildings and other structures. Thus, if a carrier wanted to cover an entire city with millimeter-wave 5G, they might need to install hundreds or even thousands of new 5G transmitters in order to provide coverage throughout that whole city. Meaning, they couldn't simply reuse their existing towers -- instead, they would have to build lots and lots of new transmission sites in between the towers they're already using for 4G.

And this is why Verizon's pledge to double down on mobile 5G in millimeter-wave spectrum is so surprising.

Palmer continued: "Because if you don't have 800, 900 almost 1GHz of capacity in those wavelengths, if you don't have that, then you're not really getting the speed and throughput. Now, can you do different things with that? Sure. But, initially, 5G needs to be different than 4G. And that's why Ultra Wideband is our path of choice. And that's why our spectrum is in the millimeter-wave range. Because it will provide an absolutely different experience. Not just for the home -- where we're getting 300 Mbit/s and above, close to 1 Gig -- but also for mobility and smartphones and unique applications for consumers. So that's where we're starting, and we feel really good about it. And no comments further than that."

It's that last part of Palmer's statement -- about millimeter wave not only for the home but also for mobility -- that's really important here. Verizon in October of last year launched its 5G Home fixed wireless Internet service in four cities, using roughly 400MHz of its 28GHz spectrum holdings. The offering beams 5G signals from a nearby tower (usually 500-1,000 feet away) to a receiver on the outside or inside of a user's home or office, and that receiver then connects to a WiFi router. The WiFi router then broadcasts a WiFi connection that provides speeds of at least 300 Mbit/s but in some cases up to 1Gbit/s.