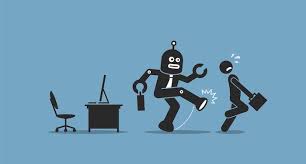 According to a recent SNS Research report, Self-Organizing Networks in the 5G Era: 2019 – 2030, the increasing complexity of modern-RAN mobile networks will grow investments in SON technology by 11 percent between 2019 and 2022. This complexity is attributed largely to network densification, spectrum heterogeneity, and the start of 5GNR infrastructure roll outs. The report also predicts that by the end of 2022, SON technology will be a $5.5 Billion market.

SON technology, according to SNS, eliminates the manual configuration of network elements at the time of deployment. This minimizes the lifecycle cost of running a mobile network, and it improves network performance.

Previously, SON has been used in LTE and heterogeneous network (HetNet) deployments. In these deployments the technology accelerates service rollout, simplifies network upgrades, and improves call quality. Initially, it was built to streamline cellular RAN deployment and optimization. However, the addition of new capabilities is extending the scope of SON to include both mobile core and transport network segments, making the technology applicable to 5G use cases.

Get Full Coverage HERE
Email ThisBlogThis!Share to TwitterShare to FacebookShare to Pinterest