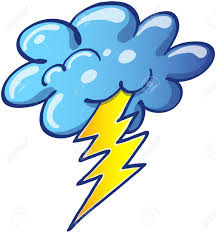 The Cloud Foundry Foundation has adopted a pair of open source projects that further align Kubernetes with Cloud Foundry platforms. This is a big step for the foundation that has so far been somewhat slow in adopting aspects of the container orchestrator.

The projects are Eirini and CF Containerization. The former is now part of an incubation effort within the Cloud Foundry Project Management Committee (PMC). The latter is part of the Bosh PMC. The Cloud Foundry Foundation PMCs oversee platform engineering of the open source projects.

Eirini was originally proposed by IBM and has since seen contributions from SUSE and SAP. It allows operators and vendors to use Kubernetes as the underlying container scheduler for the Cloud Foundry Application Runtime. This would appear to run alongside Cloud Foundry's Diego container management system.

IBM earlier this year announced an "experimental offering" that had the Cloud Foundry platform running on top of Kubernetes, which itself was running on IBM's cloud architecture. The integration provided a level of abstraction for developers that work on containers but don't want to deal with the intricacies inherent in the container orchestrator.

Get Full News HERE​
Email ThisBlogThis!Share to TwitterShare to FacebookShare to Pinterest