Will Apple lagging in 5G too? 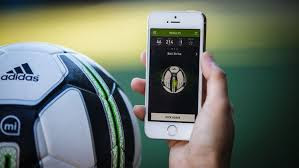 While the iPhone Xs was announced in Cupertino, the who's who of the smartphone and wireless world were screaming at the top of their lungs about 5G at the Mobile World Congress Americas event in Los Angeles. Verizon announced its 5G home residential broadband service, albeit using its proprietary specification called as 5GTF.

Both Verizon and AT&T, along with Ericsson and Qualcomm, announced their first 5G calls on their respective millimeter wave (mmwave) commercial networks using smartphone form factor devices. Verizon and Nokia announced a first call on their systems a few days earlier.

Apple arguably sets the smartphone trends, even when it is something annoying like the notch at the top edge of the phone. However, Apple has historically been lagging almost everybody in supporting the latest cellular technologies. They were late with 3G, late with 4G, late with 4G Gigabit and they definitely will be late with 5G.