Has AT&T Slipped the 5G target? 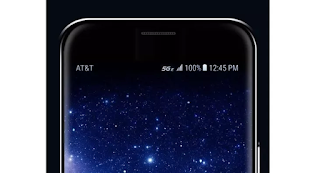 AT&T Put the 5G Logo on its LTE adv handsets in disguise of 5G E (5G Evolution).
Since 5G in itself has become a fussy term in sense of it concrete definition so justifications are available  behind AT&T moves. But the people familiar with technology understand the status behind bars.
AT&T has been in tremendous pressure to lead on 5G, whereas Verizon came up with 5G through its proprietary standards, AT&T find the excuse to come with 3GPP compliance. They recently announced their commercial launch of 5G in limited sense what Gartner referred to as pre-commercial trails.
Industry interpreting this 5G E logo from AT&T a fake and criticism is on. As many people don't digest that LTE advances can be interpreted as 5G Evolution.
Email ThisBlogThis!Share to TwitterShare to FacebookShare to Pinterest