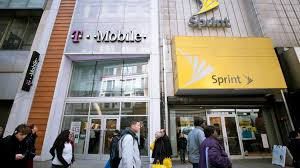 The combined T-Mobile/Sprint's commitment to bridging the digital divide is further illustrated by its pledge to continue supporting Sprint's signature corporate philanthropy -- the 1Million Project," T-Mobile wrote in a January filing with the state agency,
T-Mobile said it will support Sprint's 1Million Project if the two companies are allowed to merge. The pledge, contained in one of T-Mobile's lengthy filings with the Public Service Commission for the state of New York, represents another lever that T-Mobile is pulling in its efforts to convince regulators and others that its proposed transaction with Sprint is in the public interest.
Source
Email ThisBlogThis!Share to TwitterShare to FacebookShare to Pinterest