Will 6G be the turnover from classical to quantum transmission 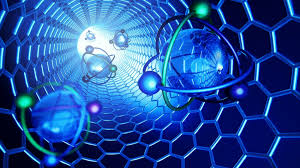 "We'll start with quantum computing. Once Moore's Law hits its ceiling, the industry at large will have to come up with a new way to power computing. At a very high-level, we replace the 1s and 0s with something called qubits (quantum bits), which draw on complex quantum mechanical concepts like superposition and entanglement." In an interview with RCR Wireless News during CES 2019, Boingo Wireless CTO Derek Peterson said.

He also gone further that qubits would fundamentally alter not just the transmission of information but also the way those transmissions are secured. That ties back into superposition, which speaks to things like wave/particle duality and Heisenberg's uncertainty principle wherein the location and speed of a particle can both be measured just not at the same time.

Peterson, acknowledging the nascency of the 6G discussion as well as the sheer complexity and strangeness of quantum mechanics, said this next generation of communications gets well-beyond the physics principles of classic RF thought and into something totally new that could be tapped to facilitate ready communications between Earth and a Mars colony for instance.