Hold on Take a breath for 5G - Verizon 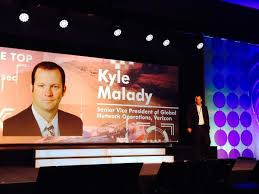 "The potential for 5G is awesome," Verizon chief tech officer Kyle Malady wrote in an open letter this week, in protest at the early marketing of rather middle-of-the-road '5G' services being pushed by the telecoms industry at large.

"The potential to over-hype and under-deliver is a temptation the industry must resists," said Malady of the market's, ahem, malaise, which grows feverish periodically, every time shiny new kit is rolled out.

His point was that, for the main part, there is no new kit, yet. Malady wants the industry to reserve the terms '5G' for when new device hardware connects via a new radio (NR) technology, to deliver new capabilities.

Technically, this seems right. Much of the so-called 5G now being rolled out by the likes of AT&T and Verizon – dubbed "fake 5G" by T-Mobile US chief John Legere – is based on proprietary kit, running on old LTE networks.

As yet, there is little in the way of even a non-standalone NR interface, and nothing of a standalone operation.

More appropriately, if the telecoms industry really is to get it right with new-generation radio gear for once, and under-sell and over-deliver on 5G, it would perhaps do well to hang on, and promote standalone 5G NR sometime next decade as the real deal – as an industry-shaking, change-making, earth-quaking new generation of mobile tech (paraphrasing the Boss on Broadway, and variously).

Get the Full Story HERE