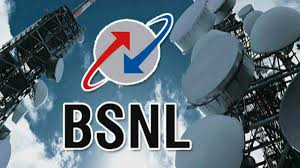 BSNL was formed on 01st September 2000 and started its mobile operation in 2002 after it got license in 2000. The private players by that time had been operating in the mobile telephony for about 8 years. Inspite of being a late entrant in mobile telephony, within in period of two-three years, Cell One – the BSNL brand of mobile phone - became most soughtafter mobile phone and its coverage was almost throughout the country. The competition at that time also was quite intense, but at that time BSNL was driving the competition rather than being driven by it; BSNL reduced the mobile rates drastically, which private players were forced to follow. Those were the present Jio moment for BSNL. Then what caused the downfall of BSNL and what can be done to make it a profitable entity.

First, BSNL suffers from similar structural and professional issues as most other PSUs face. Due to short tenure of most of Board of Directors of PSUs, including CMDs, coupled with nothing to look forward in terms of further career progression and no accountability, Boards work at maintenance level, without releasing their latent energy. However, this issue had not impacted BSNL much before 2005 because pecking order of senior management of BSNL was fixed and Board enjoyed complete confidence of its senior executives. However, situation completely changed after senior officers of BSNL were forcibly repatriated to DOT twice; in 2005 and 2010, at the behest of Sanchar Bhawan. The impact can be seen from the fact that both after the year 2005 and 2010 one can see a sharp dip in the profit of BSNL.

Second reason for BSNL bad performance is imitating behavior of BSNL. BSNL has been staffed and cultivated right from the beginning to carry out all activities of planning, execution, maintenance, customer services etc inhouse. When the new private players entered the business of Telecom service, they kept their own workforce lean and thin and outsourced most of the activities. BSNL management instead of finding the real reason for bad performance took recluse to the excuse of being overstaffed but simultaneously outsourced many of the activities which were being carried out inhouse taking cue from private players. This resulted in increased cost, losing the technological edge and sending the staff in slumber.

Thirdly, from 2005 onwards BSNL management concentered more in managing Sanchar Bhawan than discharging its responsibilities towards the organization. Adjustment of financial figures coupled with doles can work for some time, but eventually the organization gets killed. They also failed in the areas of introducing new services in time, keeping updated skills of its staff, maintaining the desired quality of service and having right type of control on the staff. To placate the agitating staff, they gave them big pay hikes, which BSNL could hardly afford, without increasing its productivity.

Now, is there a possibility for the revival of BSNL? Fortunately, BSNL still is in a stage where it can be revived. For revival of BSNL, at least three things need to be done urgently.

First, deal with the crisis of credibility and competence at Board level. An organization is a shadow of its head. The personality and intent of the head of the organization start impacting the performance of an organization from day one, even before he has not taken any action. Once people start viewing his positive actions, there is a quantum jump in the performance. Secondly, build capacity through massive technical and management training of those executives and staff who have the potential capacity to deliver for improving the operational efficiency of BSNL. Quarantine the rest by paying them their salaries either by allocating them peripheral jobs or keeping them in reserve. Excess dis-functional staff not only draws their salary, they spoil the work environment also. Thirdly, hold on the services where competition is intense like mobile with quality service and push aggressively on those services where other operators have not committed too much resources so far and which are likely to be future services; for example, Fiber to the Home (FTTH) services. In optical fiber BSNL has still a natural advantage and with increasing paying capacity of consumers, FTTH with private Wi-Fi could be next killer service. BSNL should aggressively and strategically work in this area.

In summary, effective and credible leadership, leveraging on its own DNA and focusing on strategic services with quality are three minimum necessary steps for revival of BSNL.

Ram Narain is an ex Indian Telecommunication Service (ITS) officer with experience in the different functional areas of telecom. He had spearheaded the international relations activities as Deputy Director General (International Relations) DoT, Government of India.

Source ETTelecom
Email ThisBlogThis!Share to TwitterShare to FacebookShare to Pinterest