News worth to be in focus for all strategist on 5G. AT&T Cell-Site routers are gong to be in their 5G plan. 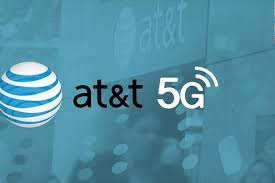 AT&T says its cell-site white box routers are in a large-scale production test carrying live network traffic. "This is a first for us, and we believe a first for the industry," said Andre Fuetsch, CTO at AT&T. "Next year, we're going to start installing these routers in several thousand towers. We think this approach will help support and accelerate the mobile 5G era."

These Trouters will be installed at cell towers in AT&T's wireless network, where they will direct the data traffic flowing back and forth between customers and the internet. Traditionally, AT&T used to  bought these routers from a handful of vendors, which were highly specialized and came with specialized software. Now  AT&T designing its own open hardware to create white box routers that would run open source software. In March, the company announced plans to install more than 60,000 open source, software-powered white boxes across its network over the next several years in support of its 5G plans.

Around the same time, the operator contributed its disaggregated network operating system to the Linux Foundation as part of the DANOS open source project. DANOS is the operating system that runs on these white box routers. Some of the DANOS code originally came from AT&T's purchase of the Vyatta assets from Brocade.AT&T's white box top-of-rack switches, which the company first announced in 2017, are being used in AT&T's Network Cloud, "which will basically be powering 5G.
AT&T also also relying on its linux foundation driven ONAP platform, for orchestrating this all.
Above all we at Fundarc Communication (xgnlab) sees it as a long term and large scale plan from AT&T, also sense AT&T bid for 5G Convergence.
Email ThisBlogThis!Share to TwitterShare to FacebookShare to Pinterest