Best way to find the best is to discuss more - net neutrality is a conundrum of kind. 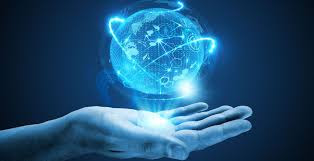 FCC chairman Mr Pai, known for his quick and fast decision making capabilities and abilities, said here in INDIA IMC 2018, that he does not support ban on paid -prioritization. He is known for turning down the Obama govt decree on net neutrality.
he advocated here for anti-competitive prioritization and pro-competitive prioritization, citing the case by case, like pro-competitive is about health care specific traffic like remote surgery etc, and anti-competitive for undue competitive advantage. But strictly opposed a blanket ban on paid prioritization.
The issue of companies getting access to faster lines on the internet by making payments - known as paid prioritisation - has been widely debated across the world and is seen as going against the tenets of net neutrality. While India has widely accepted the net neutrality principles in the recommendations made by telecom regulator Trai.
Asked whether there should be control and monitoring of content on the internet, especially in the era of fake news, he said that curbing the freedom of speech does not hold much merit. "As one of the justices of our Supreme Court once said, the best solution to speech that you don't like is more speech. It is incumbent upon people to counter views that they find false or repugnant… It is not upon the government to say, based on standards that are impossible to define, with any precision about what news should be allowed to publish."In its recommendations on net neutrality given to the government last year, Trai had said internet access in India should remain non-discriminatory and telecom companies and internet providers should place no restrictions in the delivery of content through practices such as throttling of speeds, blocking, paid prioritization or preferential treatment. Trai, however, had made an exception only for "specialized services or other exclusions" while also allowing "reasonable traffic management practices" to telecom companies to give them space for managing quality of services.
Email ThisBlogThis!Share to TwitterShare to FacebookShare to Pinterest